Joining a sports team throughout my time at Nottingham Trent University has been one of the best decisions I have ever made!

Being part of NTU netball over the past four years has hugely developed my character and increased my team work skills and confidence. Weekly netball sessions helped as I felt happier and less stressed after a run around in a period of university deadlines, and they provided a fun social environment with friends.

Wednesday BUCS days included away games, travelling to other universities to play, really emphasising the feeling of being part of a close team. My highlights in the club has included me being delighted when making it into a BUCS squad, and then captaining my team this year, which I have loved. 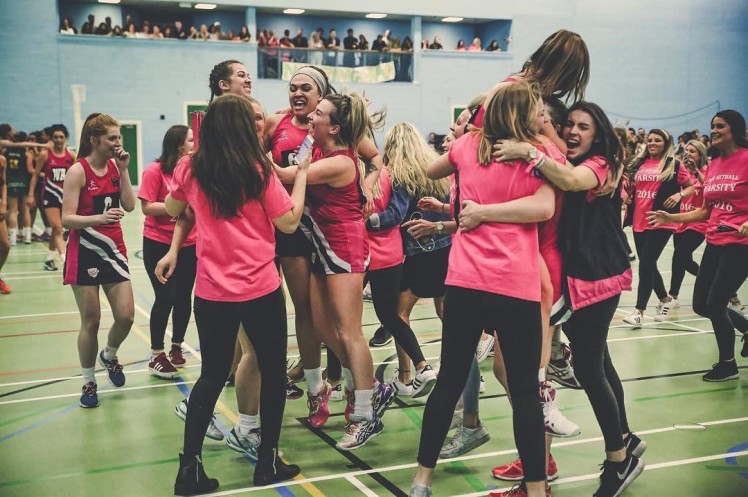 The club has everything. Competitive BUCS teams, a development squad, and also social teams for those who just want to play. Therefore there really is space for everyone and anyone who wants to get involved! The club encourages anyone to come and be part of netball. No matter what team you are in, you are a member of the NTU Netball family.

Supporting ‘This Girl Can’, from my experience as part of a university sports club, there is something out there for everybody. NTU offers a huge variety of sports clubs ranging from lacrosse to dance, and women’s football to rowing. Therefore there are so many opportunities, and with nothing to lose from trying something new, I would encourage anyone to get involved in sport at NTU.

There will be some ‘This Girl Can’ activities going on throughout term 3 at NTU, so make sure you look out for them and get involved.