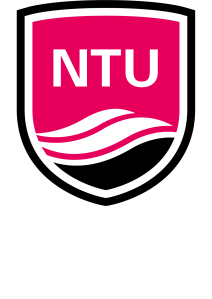 March 23rd 2022 was a day to remember and a breaking day for NTU Sport in many ways. NTU had a record 9 teams in BUCS Big Wednesday finals which was a fantastic return to competitive sport after the 2-year break due to the pandemic. This was a chance for many students to leave their legacy at the end of years of hard work.

Hosted at University of Nottingham, the end of season showpiece event showcased both Championship and Trophy finals across 16 league sports. Our day started with a focus on our Women’s teams where 4 of them were in action at 10 am. First, to start were women football 1st team looking for revenge against local rivals University of Nottingham after losing to them in the battle for the Midlands tier 1 league title. In a tense and tight affair, that ebbed and flowed, NTU took the lead only to be pegged back at 1-1. In the last 15 minutes, they summoned everything they had, scoring twice and securing the title, 3-1 and sending coach Dan Corlett delirious.

Over at the Hockey centre, the Women’s 1st team were competing in the Vase competition against National league rivals University of Oxford. In keeping with the football, the match was even tighter, with no team managing to convert, despite NTUs best efforts often laying siege to the Oxford goal. This meant the match went to penalty flicks, a lottery to settle the contest. Our girls held their nerve, scoring all flicks and saving 2 to take the title!

We then moved to David Ross sports village where out on the 3G pitch, Women’s Lacrosse 1s were taking on University of Exeter 1st team in the trophy final. After a fantastic season, which has seen the girls win their league, they were aiming for a league and cup double to secure a lasting legacy. They showed they meant business early on racing into a 5-1 lead in the 1st quarter. They never looked back, running out 21-5 winners to complete their double-winning season. A fantastic achievement by the team and they still could make more history with a playoff to come to make it to Premier North 1, the highest division in the land.

Moving indoors the Women’s Basketball team could complete a perfect morning start with the chance to do their league and cup double having secured the Midlands 1 league title early this month. They faced a team that they had already beaten, University Worcester 1st, so confidence was high. This confidence was evident from minute 1, with the girls putting in a 10 point lead in Q1 and never looking back. The final score was 84-44 in NTU’s favour and another league and cup double completed.

Next, the attention turned to the Men’s Basketball 1st team, matching the girls in making the trophy final and looking to complete more league and cup doubles. They faced an unknown team to them, University of Hertfordshire, and it proved a real battle. It was tight throughout, a real blend of physical basketball with agile and skilful plays mixed in often delivering less than 5 points between the teams in Q3, however, NTU showed real determination and fight to pull away in Q4 and secure the wild 89-76 and sent the crowd wild. Well done to both basketball teams this year on their double and good luck to them in their playoffs as they try and make it to the Premier tier.

Following that match, we had our 1st Championship final, with Men’s table tennis facing local rivals University of Nottingham. The 2 teams are well acquainted with each other, and UoN were heavy favourites with the resources and depth they have being unmatched. The team put in a great effort, as usual, coming out in a 9-2 defeat. Well done guys, 2nd best team in the UK.

Still at DRSV, our Netball 1st team had the chance to match Women’s Lacrosse and both basketball teams, with a shot at double league a cup glory. Runaway winners of Midlands 1, they faced University College London, a relatively unknown side to the team. The NTU squad was however full to the brim with international talent with England and Welsh stars as well as players competing in the NSL, so the girls backed themselves to beat anyone. It turned out to be another NTU blowout, with the girls dominating throughout, winning 69-29 to complete the double. Good luck to them in their playoff bid.

The day then moved into the evening sessions and 2 huge fixtures for our Men’s Lacrosse team and over at Basford Utd, our Men’s Football team. Both in the Championship finals looking to make history.
For our Men’s Lacrosse, this season had already been historic, with them winning the Premier North league for the 1st time. One more victory against rivals Durham University who they have met in this fixture for the last 4 years, would give them a historic double never before done by NTU. The boys started well taking the lead 3 times before being pegged back to 3 all. Durham then started to show their experience and chip away at NTU whilst being resolute in defence. In a game of tight margins, Durham managed to pull away in Q3, and finally won 10-6. A great effort from the team, and a fantastic season!

Over at the football, this was already history-making being the first time that NTU had made the championship final, so already top 2 teams in the country. Loughborough University was the team in their way, the same team that had already made the VA Vase semi-final in their weekend competition. The team took that confidence into the game, and took the lead twice, but were unfortunately again pegged back, at 1 -1 and the 2-2. Loughborough then showed their experience, and while NTU felt a few decisions from the officials may not have gone their way, 2 more goals from the opposition meant a 4-2 defeat, but a great effort from the boys meant that they could leave with their heads held high.

Overall, NTU won 6 out 9 finals, a fantastic return and a season that has largely been outstanding from all NTU teams competing at all levels. Many of these teams competing have a chance to advance into playoffs moving to the highest leagues possible and we wish them good luck in those. Overall, NTU is well placed for its highest-ever finish in the overall BUCS table, with a final placing confirmed a the end of term 3 so keep an eye out for that! Finally well done to all students, coaches and staff who have gone above and beyond to make this season so successful.